The Six Nursing Sisters of WW 1

Six Amazing Women – had we lived 100 years ago, these names would probably be familiar to us. Today, let’s learn about them and their wartime service.

Born in 1879 in Renfrew, her maiden name was Mary Louise Barnet, whose father Alexander Barnet was a multimillionaire lumber baron, well kn 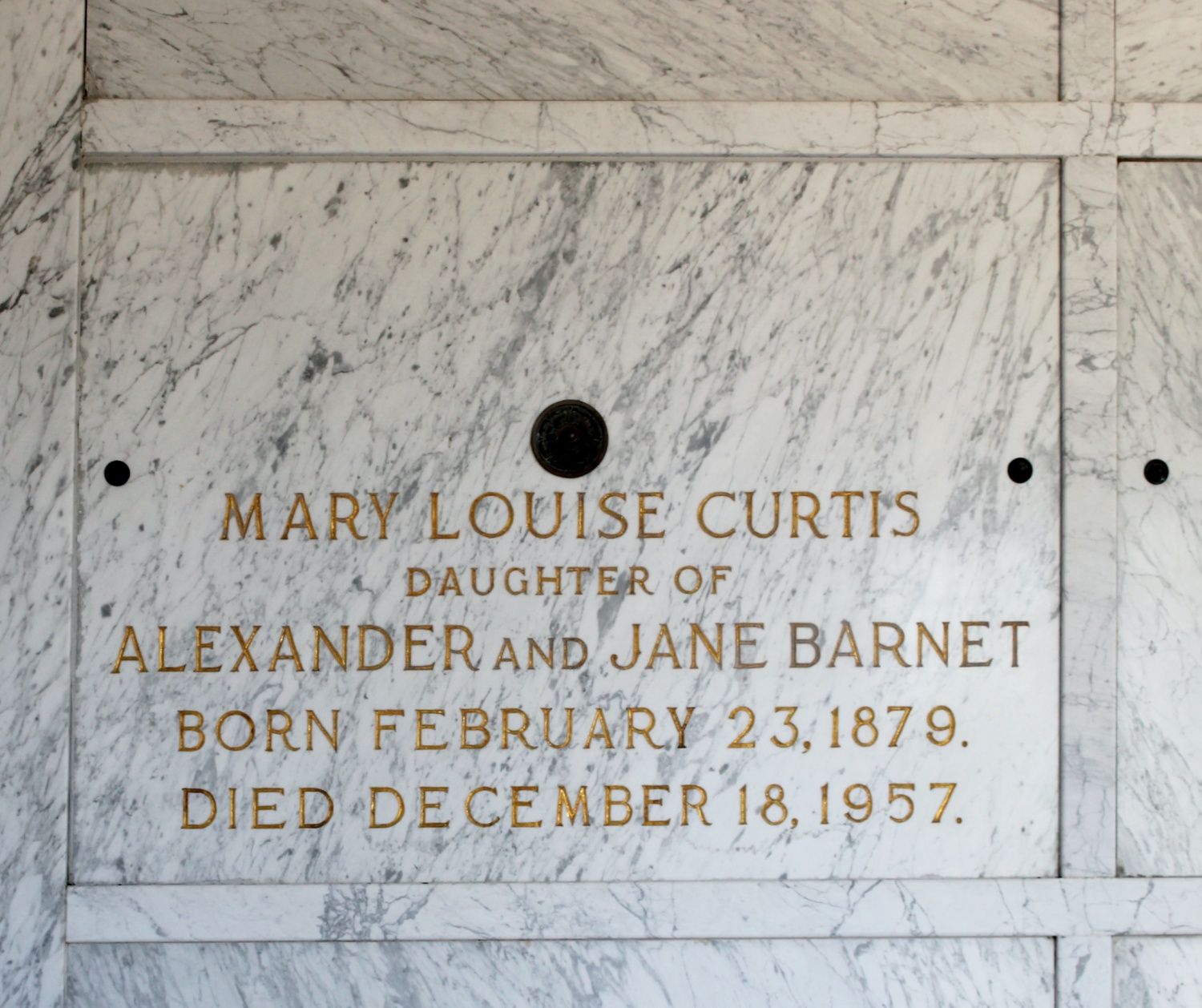 own in the Ottawa Valley and throughout British Columbia. It was a prominent Renfrew family of immense wealth and privilege.

In 1906, Mary Louise married an enterprising Kemptville businessman, Edmund Henry Code. Their wedding was considered “one of the most notable social events in Renfrew.” The Kingston Whig newspaper described the bride as “one of the most charming and popular of all the fair maidens of Renfrew town.”

When her husband went off to war in 1914, Louise Barnet Code, then 35, followed him to London, England. Private Code would later distinguish himself in battle as a private 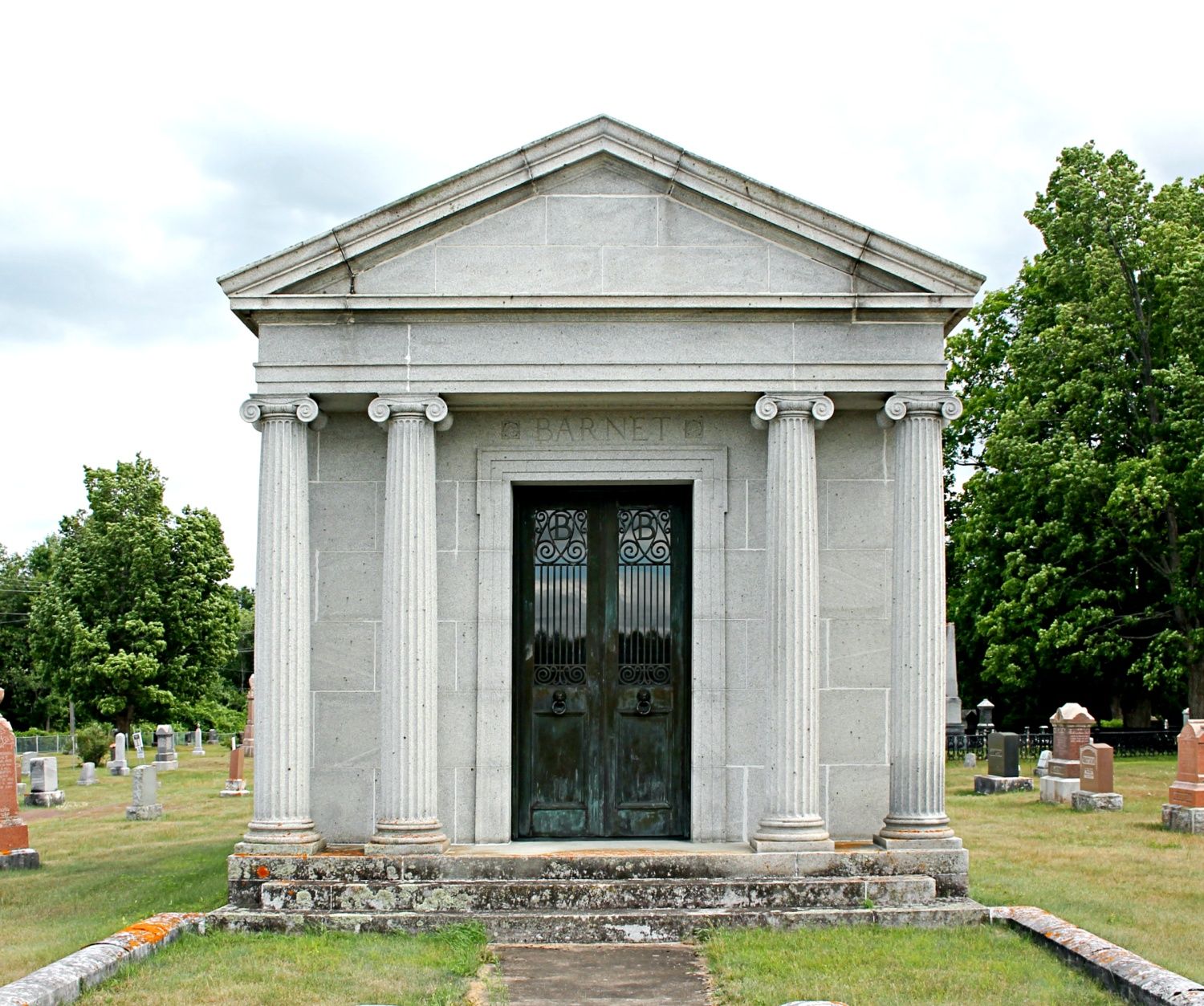 with the Canadian Motor Machine Gun Brigade. He received the Military Medal for gallantry.
Louise Code became a Canadian Red Cross volunteer for a new Information Bureau. Their role was to assist anxious families in Canada get in touch with loved ones who were prisoners of war, or recovering sick or wounded in hospitals overseas.
She then joined the Voluntary Aid Detachment becoming a nurses’ aide at Canadian convalescent hospitals in England. It was an important role assisting overworked medical and nursing staff and caring for thousands of injured and sick servicemen. With on-the-job experience, by 1917 she became a full Nursing Sister with the Canadian Army Medical Corps. That was also the year her father Alexander Barnet died – but she could not return for the Renfrew funeral from her wartime duties. She came home in late 1919.
She died in 1957 at age 78 in Victoria, B. C., living with a sister Mrs. Ann Irving. She was entombed at the impressive Barnet family mausoleum at Thompsonville Cemetery in Renfrew.

The next two Nursing Sisters really were sisters, daughters of David and Permilla Craig. He was a baker who started his flour milling business in Renfrew and expanded to Arnprior. D. Craig & Son produced the “snowdrop flour for the best loaf bread” you’ve ever tasted.

Abigail Christina Craig was older, born in 1890 in Renfrew. Graduating from a New York nursing school, she first worked in France as a 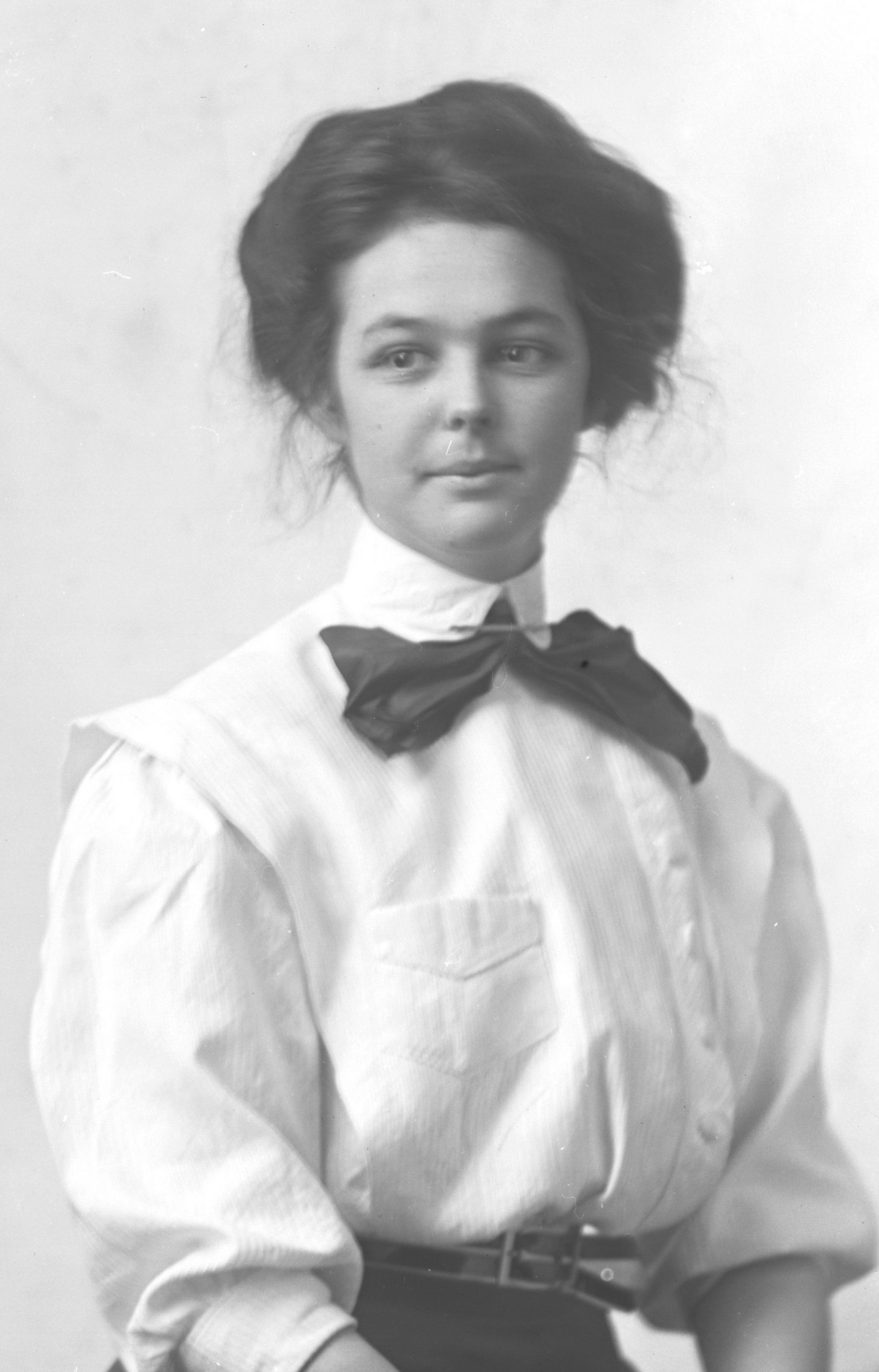 professional nurse at the Hospital Francaise de New York in Passy. In 1916, she enlisted in London at age 26 with the Canadian medical corps as a nursing sister. She was posted to Canadian hospitals in England and France.
In early 1917, she contracted diphtheria and was seriously ill for awhile. In March-April the same year, Sister Abigail Craig served on the His Majesty’s Hospital Ship, the Letitia, making a transatlantic voyage with soldiers invalided back to Canada. On another run, the Letitia ran aground and sank off Nova Scotia. Luckily, Abigail had transferred to a hospital on land.

She would move to other jobs at many overseas hospitals before the war ended. Abigail and her younger sister, Janet, served in the war but so did three brothers – Laurier, John Campbell and David Craig (Junior).  There’s a great photo of them in uniform.

In August of 1920, she married Bernard James Gillies, of Arnprior whose occupation was a silver and black fox raiser. She died at age 88 in 1978 at the Bonnechere Manor, Renfrew. 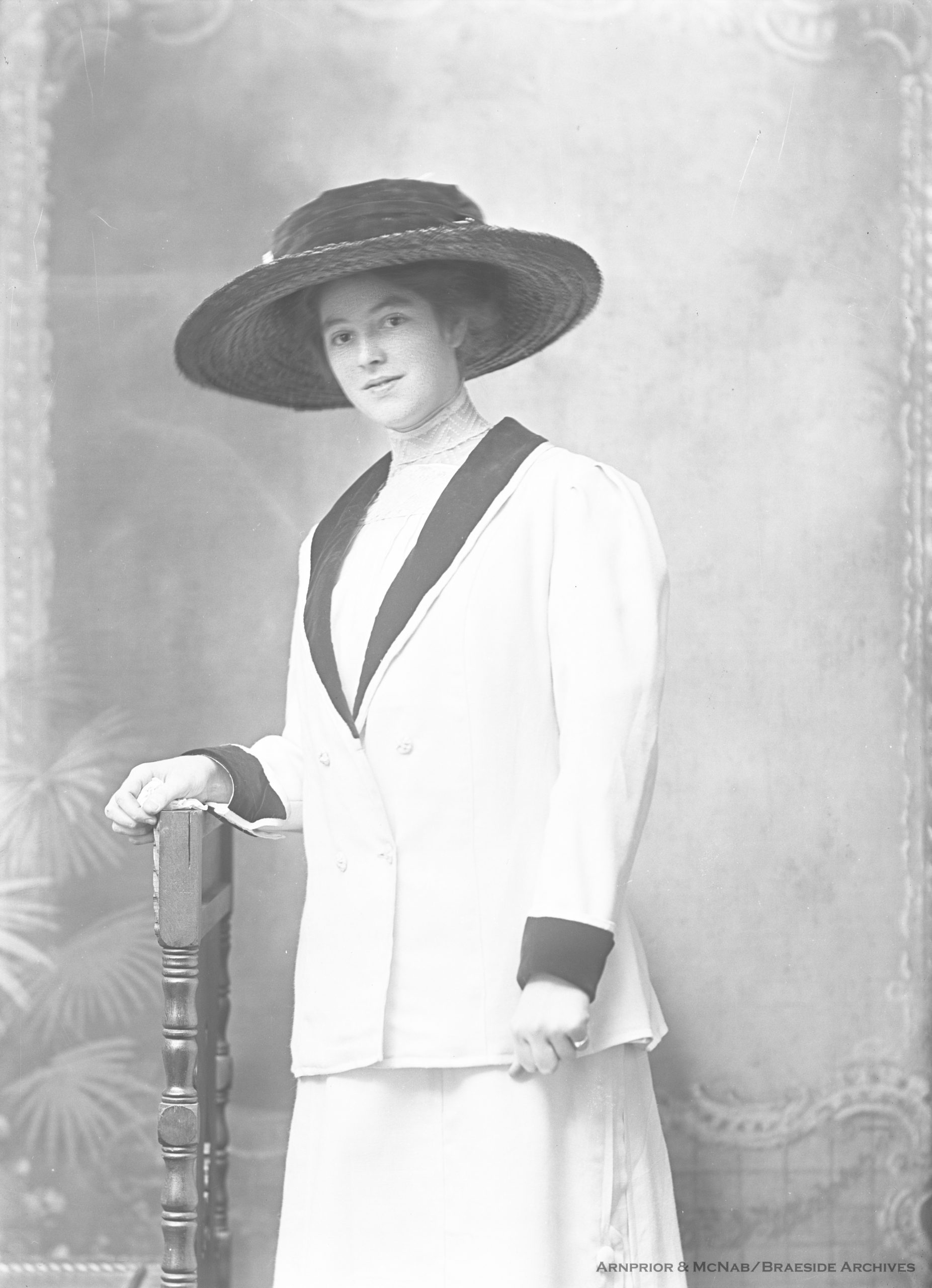 Janet Sybil Craig became a graduate nurse receiving her diploma in 1915 at the Royal Victoria Hospital Training School in Montreal. In March 1917, she enlisted in Montreal with the Canadian Army Medical Corps. She was 25.

Her first postings were to Canadian General Hospitals in England. It was in April 1918, she contracted influenza and bronchitis. Janet Craig was hospitalized at the Kitchener Military Hospital in Brighton, England. With the cessation of the hostilities, Nursing Sister Janet Craig came home in 1919. But first, she married a British lieutenant, George William Barnes, and lived in Dover, England. Over the next few decades, she travelled overseas to visit family in our area. She died about 1982 in Dover.

Lila Storie Durbrow was born in 1893 in Renfrew. The Durbrows were a large family living in nearby Glasgow Station. When their father 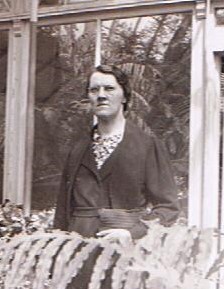 William died in 1916, they moved into Renfrew. That was the year Lila Durbrow became a registered nurse after graduating from St. Luke’s Hospital Training School in Ottawa. She took a civilian job at the Mowat Tuberculosis Sanitorium in Kingston. It was here at 25, she enlisted as a Nursing Sisters – it was late in the war on April 4, 1918.

Her first posting was at a hospital in Liverpool, England as well as another one in Kent County. November brought Armistice Day to end the war. Nursing Sister Lila Durbrow boarded a ship in January 1919, for home.
The year 1921 was a very significant year for the Durbrow family of Renfrew. Her brother Peter Durbrow, a lieutenant in the Royal Flying Corps, returned from the war but he died at his mother’s home in 1921 at age 29.

In 1921, her sister, Laura, who was six years younger, graduated as a nurse from the same school at Kingston Hospital.
And in 1921, Lila Durbrow moved out to Washington State on the West Coast and lived near a sister, Helen, in a city called Shelton. In 1975, after recently moving into a nursing home there, she passed away in a Shelton hospital at age 82. 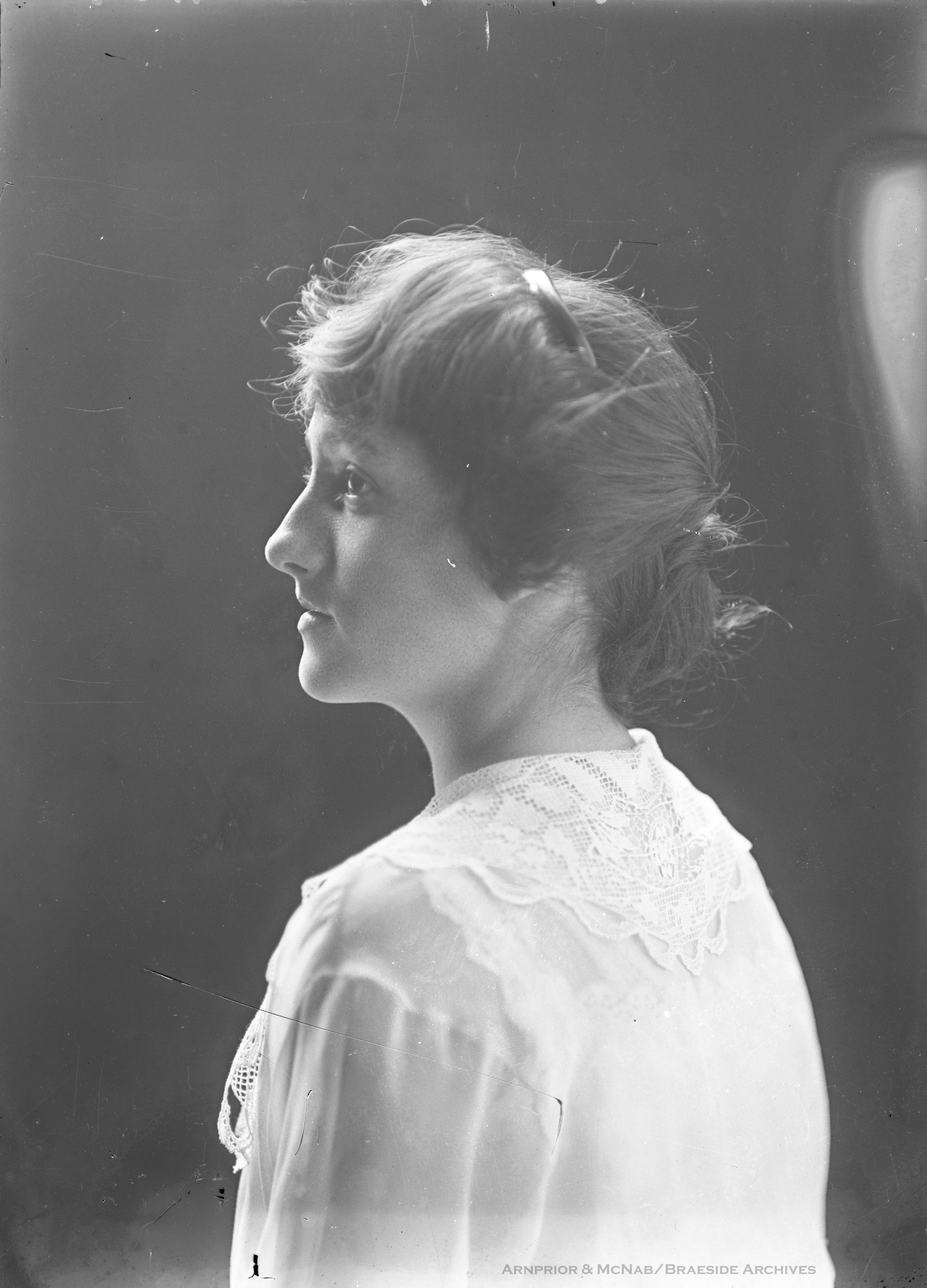 Her story was the hardest to undercover. I couldn’t find her military records unlike the others. But I did discover that Jessie Ethel Livingstone and Miss Margaret McMahon were graduates in the nursing class of 1913-1914 from the Renfrew Victoria Hospital.

A photograph of Miss McMahon and Miss Livingstone marked as “nurses” exists in the Arnprior McNab-Braeside Archives – as do most of our photos. And a newspaper clipping stated Miss Jessie E. Livingstone of Renfrew and Miss Margaret McMahon of Horton went overseas to the same nursing jobs at the Ontario Government’s new Military Hospital in Orpington, England. It was one of the most advanced medical facilities in the world at that time – it treated wounded soldiers with PTSD, then called shell shock.
According to relatives here, Miss Livingstone moved away to Edmonton, Alberta with her widowed mother Janet Livingstone; a sister, Margaret, and a brother, Neil. An Edmonton Journal obituary listed “Miss Jessie Ethel Livingstone passed away suddenly” in 1971. She was 77 years old. 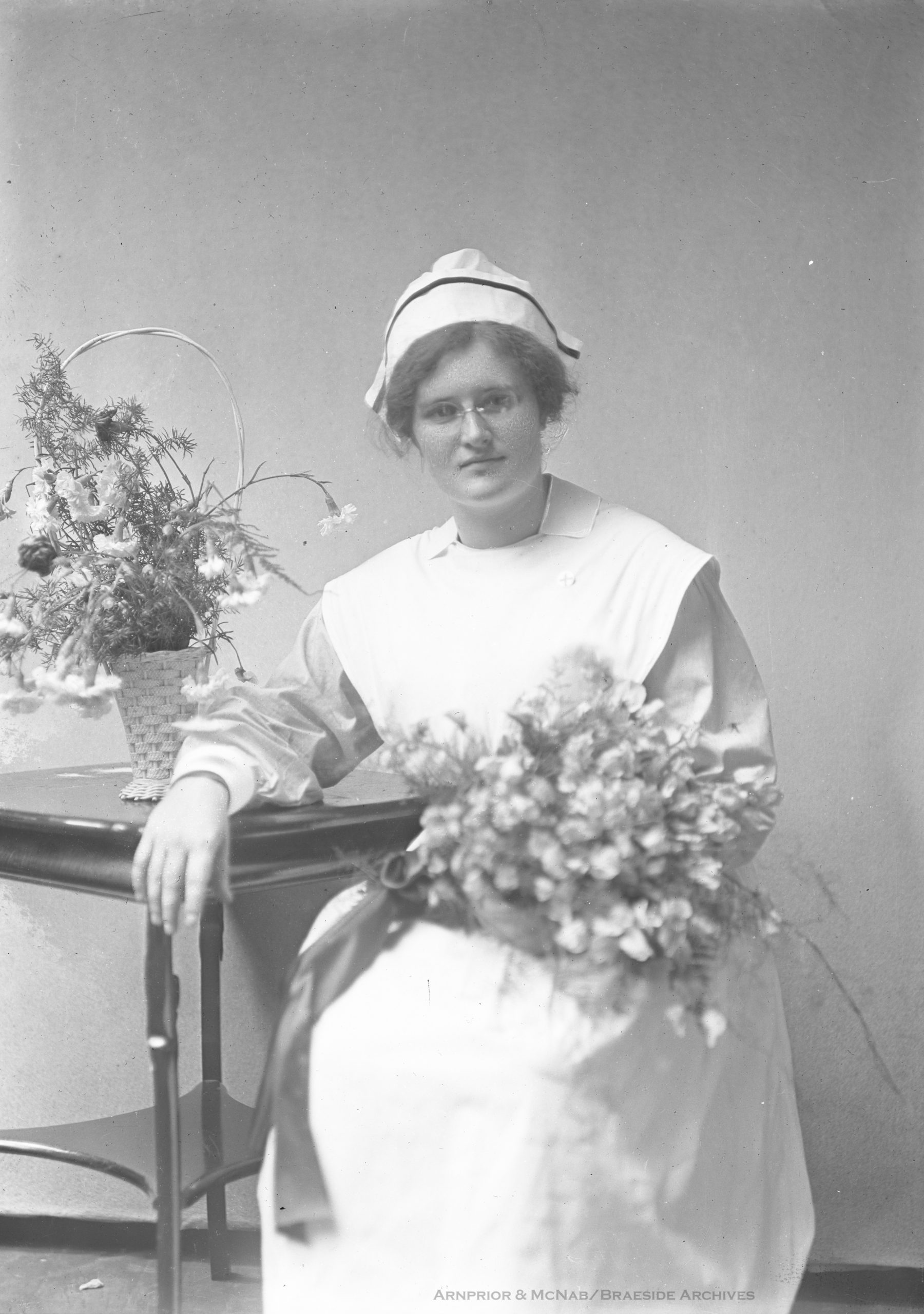 Last on the list is Miss Martha Stewart – not to be confused with our modern-day Martha. Her 1951 obituary stated she was born in Renfrew to David Stewart, a farmer, and Anne McIntyre. After graduating from Renfrew Collegiate Institute RCI, she spent several early years in the teaching profession before entering the Kingston General Hospital’s nursing program. In May 1915, Miss Mattie Stewart — as she was known – won the Gold Medal for excellence but it had to be mailed to her as she had sailed for England a few days before.

Her career as a Nursing Sister started with an overseas posting in Egypt when all the Queen’s University nurses staffed the No. 5 Stationary Hospital at Alexandria. And she was later stationed at several Canadian General Hospitals in Normandy, France. In May of 1918, Nursing Sister Stewart went aboard His Majesty’s Hospital Ship Llandovery Castle, taking invalided soldiers to Canada. When the ship returned to England, she got leave to return to Canada for awhile. Lucky for her because on its next run the hospital ship was torpedoed near Ireland by a German submarine – considered a war crime – all 14 nursing sisters drowned in a swamped lifeboat.
Nursing Sister Mattie Stewart went to work at other hospitals in England. Like many nurses, she suffered from exhaustion, but her worst threat came with influenza in October 1918.
She was personally decorated in 1918 by King George V for her outstanding service with the distinguished medal, the Royal Red Cross 2nd Class.
After the demobilization in 1919, she stayed to become assistant matron of another hospital in England. She also ended up as head of operating rooms for hospitals in British Columbia. It was here, she married Allister or Alec Stewart in 1919. She died suddenly at her home in Princeton, B.C., in 1951. She was 65.

So ends the stories of our six Nursing Sisters!